Jehovah’s Witness is a distinct denomination of Christianity. The origins of the religion can be traced back to Charles Russell’s Bible Student movement in America during the late 19th and early 20th centuries. Jehovah’s Witness is characterized by a rigid set of beliefs that are millenarian, restorationist and nontrinitarian. Jehovah’s Witnesses are well known in western society for their avid, door-to-door preaching and proselytizing of the religion to outsiders. The Church requires devoted adherence from its practitioners. Jehovah’s Witnesses believe that the soul goes into an unconscious sleep-state after death. The souls of the dead will wait in this condition until the Last Judgment, at which point those “in God’s memory” will be resurrected. Of these, the most “tested and tried” souls will go to Heaven. The others will possibly live forever in a new “paradise Earth.”

Funerals within the religion are typically somber and reserved. Followers mourn the loss of the loved one, but acknowledge that God will resurrect them in the near future. There are no restrictions on how mourners should express themselves, but discretion should be exercised. 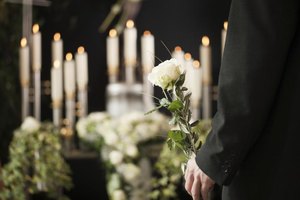 Elders from the local congregation will usually visit with members that are close to death. They, along with friends and family, should be there to provide comfort and support for the loved one. There are no specific deathbed rituals, aside from prayer and Scripture readings.

While it is not expressly forbidden, Jehovah’s Witnesses are rarely allowed to donate organs. This is because the transfer of blood from one person to another – an inevitable outcome of most organ transplants – is strictly forbidden within the religion. Any Jehovah’s Witness who donates an organ (even to save a life) faces “disfellowship” (or disassociation) from the religion. There are no arguments within the religion for or against embalming. Thus, it is an acceptable practice.

Cremation and burial are equally acceptable within the religion. Burial is the traditional method, partially because it was chosen for Jesus. But there is no religious principle that forbids cremation.

No special rituals need to be performed on the body in advance of the funeral.

Funeral goers should wear clothes that conform to cultural norms. Dark-colored formal attire is recommended at funerals in the western world. Men should wear suits and women should wear dresses. This is just a guideline, though. More casual wardrobe choices are acceptable also in most cases.

Jehovah’s Witnesses believe that the souls of the dead are completely unconscious and have no relationship with the living world. Therefore, the religion does not perceive a purpose for having any sort of wake to say goodbye to or honor the deceased.

The service is abbreviated and modest. A typical service lasts 15 to 30 minutes and usually takes place at a funeral home or a Kingdom Hall, the equivalent of a church for Jehovah’s Witnesses, within a week after death. The body need not be present, and the casket can be opened or closed. The service is led by one of the male elders of the congregation or of the immediate family. This individual will give a sermon that begins with a brief remembrance of the deceased. It’s important to note that this speech is not a eulogy. Afterwards, prayers are said and singing may occur also. It is a sign of respect (but not a necessity) to bring a Bible of your own to the service and to follow along to the several scriptures that the elder speaker reads. Common Bible sources include the Book of John and Ecclesiastes (Chapter 9, specifically). The speaker also typically includes some of the Scriptures favored by deceased.

Burial (if chosen) takes place following the funeral service. Any cemetery is suitable and there are no particular rituals that should be performed. That said, another brief session of scripture and prayer led by the elder at the graveside is a common practice among Jehovah’s Witnesses.

Mourners often gather at the immediate family’s house after the funeral to offer their condolences and provide comfort. The gathering should be quiet and restrained, with a focus on peaceful reflection. Feasting and consumption of alcohol are prohibited, but a group meal is usually served.

Jehovah’s Witnesses consider many modern western celebrations and holidays to be “unclean” rituals that stem from the “false religious practices” of pagan times. Funeral anniversaries are no exception. Jehovah’s Witnesses scorn these memorial events because they imply that something in a person survives death, which is a patently false notion according to the religion. However, it is acceptable for family and friends to visit the grave of the deceased in years to come, so long as the visit is made for their own sake.

Gain access to our FREE funeral planning tools such as our Funeral Planning Checklist, My Funeral Wishes, Memorials, and more when you sign up for a FREE Funerals360 account!

How can we help you plan a funeral?
Plan A Funeral Now

I want to plan a

Welcome to Funerals360, the most comprehensive resource for funeral planning. We're here to help you find all the information and professionals you need for a meaningful funeral or memorial.

For an optimal experience and to access all the free planning tools:

Saving favorite articles is a Premium feature. To continue, register as a Premium Member or login and visit your User Dashboard to upgrade your Basic Membership.

To ensure the authenticity of reviews at Funerals360, we require you to register or login prior to sharing your review with the Funerals360 community.

Creating funeral cost comparisons and estimates for custom funeral packages is available to Funerals360 Premium Members. To proceed, register for a Premium membership or login and upgrade to a Premium account.

Full funeral home pricing is available to Funerals360 PremiumMembers. To proceed, register for a Premium membership or login and upgrade to a Premium Membership.